This is the same game that was presented at the Yandex Retro Games Battle 2019 competition. We've made a redefinable keyboard, codes for saving after some levels, switchable music (so you can listen to the OST CD during the game) and checking of the Kempston joystick. Gameplay hasn't changed. 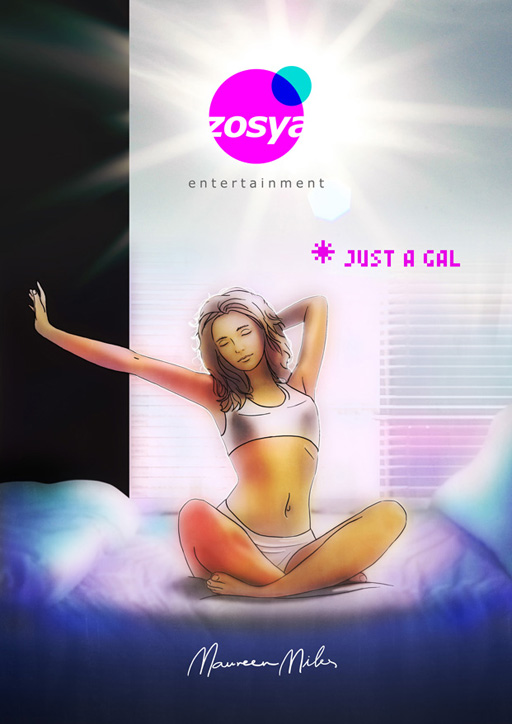 Motorcycle racer Maureen Miles competes in the world series of circuit racing. The main goal of the game is to win the championship after completing all 24 stages.

Machine type: ZX Spectrum 48K or 128K
You can buy the physical release in our shop.

The game has 3 modes: single race, championship and arcade. You can choose the game mode by the arrow pointer. During the race, use FIRE to pause, and gearbox is automatic.

In the SINGLE RACE mode, you can select one of three tracks: Slovakia, Norway or Mozambique. The race starts without qualifying, and the starting position will be last. Use this game mode as a practice before the championship.

CHAMPIONSHIP is the main game mode. Try to become the world champion after completing all 24 stages. Opponents differ in strength: the fastest of them will compete for the victory in the championship. Scoring system: 10-8-6-5-4-3-2-1 pts for the first 8 places.

You can participate in the qualification run before the race, or start from the last position, ignoring qualification.

After the 2nd, 4th, 7th, 10th, 14th and 18th stages, you will see the code. This will allow you to start the game from this point the next time you play: select "ENTER CODE", type the code (spaces are automatic) and press ENTER.

ARCADE game mode is an in-game mini game for the score. You have three lives. Acceleration is automatic, and the bike has no brakes at all.