Many years ago the army of dark forces has crossed the border of the Land of Winds.
Most of the population have been killed, others have escaped to the Northern Lands.
Among them there was a girl named Jane. Soon she gave birth to a son, Alexander.
Jane told him the sad story. And when he became an adult, he went to the native land to free his country.

This game is the remastered version of The Dark with reworked intro, updated in-game graphics and new loading screen.
Gameplay and maps have not changed. 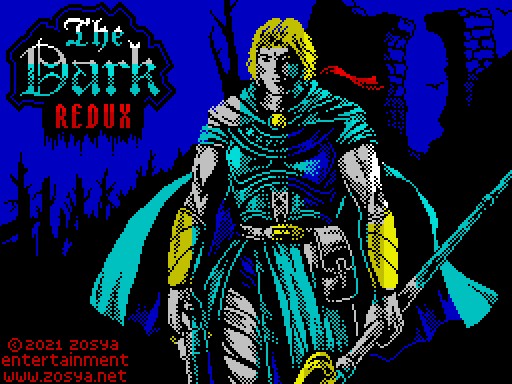 A game for ZX Spectrum 48K or higher.
To skip the intro, hold P until the menu appears.

7 thoughts on “The Dark. Redux — remastered version of The Dark”